On my second trip to France I signed up for a food tour of Versailles with La Cuisine Paris. After spending only half a day, mostly focused on Le Potager du Roi, The King’s Kitchen Garden, I felt deeply unsatisfied with the amount of time I had to explore not just the Chateau but also the village of Versailles. I decided that the next time I had an opportunity to go to Paris I would instead base myself out of Versailles so I could leisurely explore.

A few months later I got that opportunity and booked four nights in a quaint AirBnB in a little apartment within walking distance of the Palace.

A Note: “Chateau” means country home and a “Palace” is residence for royalty. Both of these titles apply to Versailles so you are going to see me used them interchangeably. Just one things I learned on my visit. 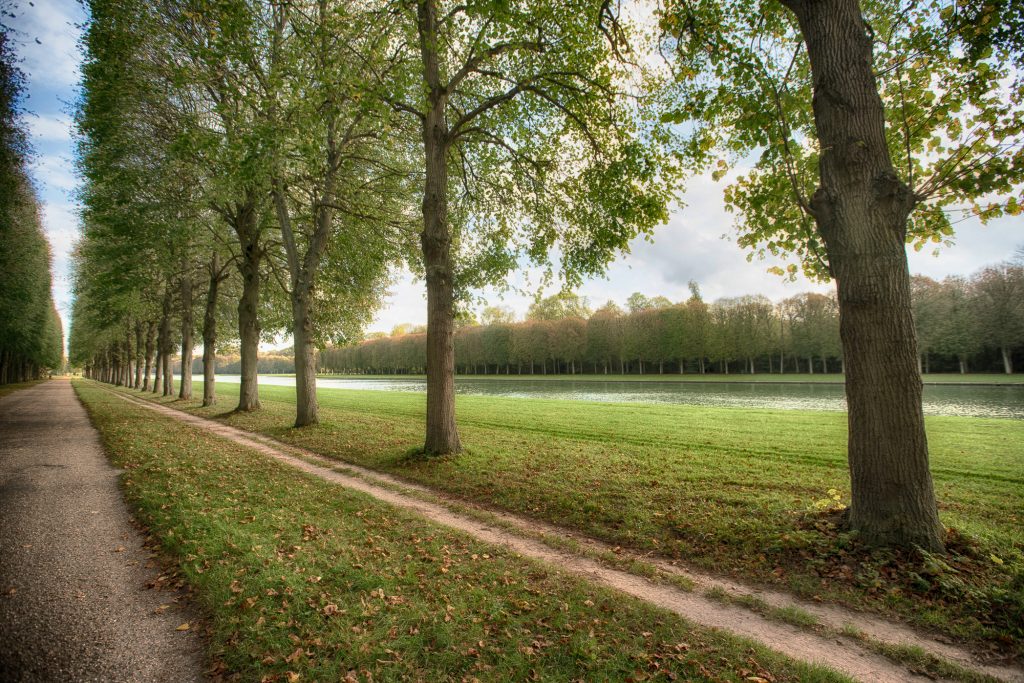 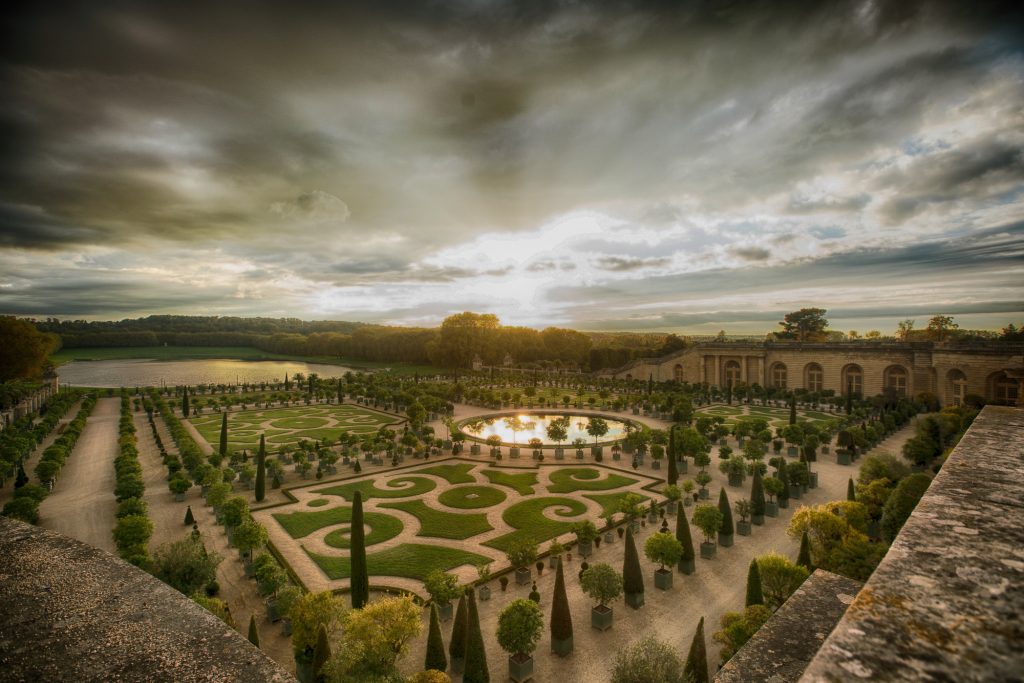 Garden and Park
My favorite part of Versailles is the park and gardens. And they are massive. If you come to Versailles for the day you are probably going to tour the public apartments and maybe see the gardens up to the Grand Canal but there is so much more! There are beautiful tree lined paths and the father away you get from the Palace the less people there are. The park is actually free to enter and explore. 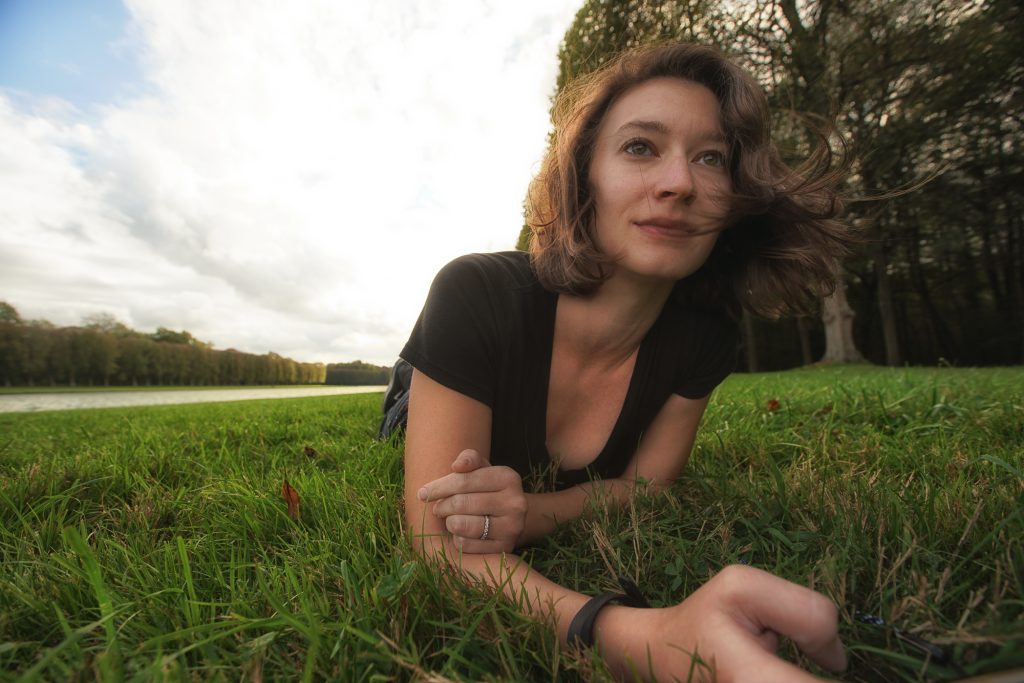 The first day I arrived in Versailles I went into town and bought a sandwich and some pastries. I then made my way to the park with my little picnic. The park is beautiful and wonderfully maintained. I layed out in the grass by the Grand Canal and watched the clouds float by. 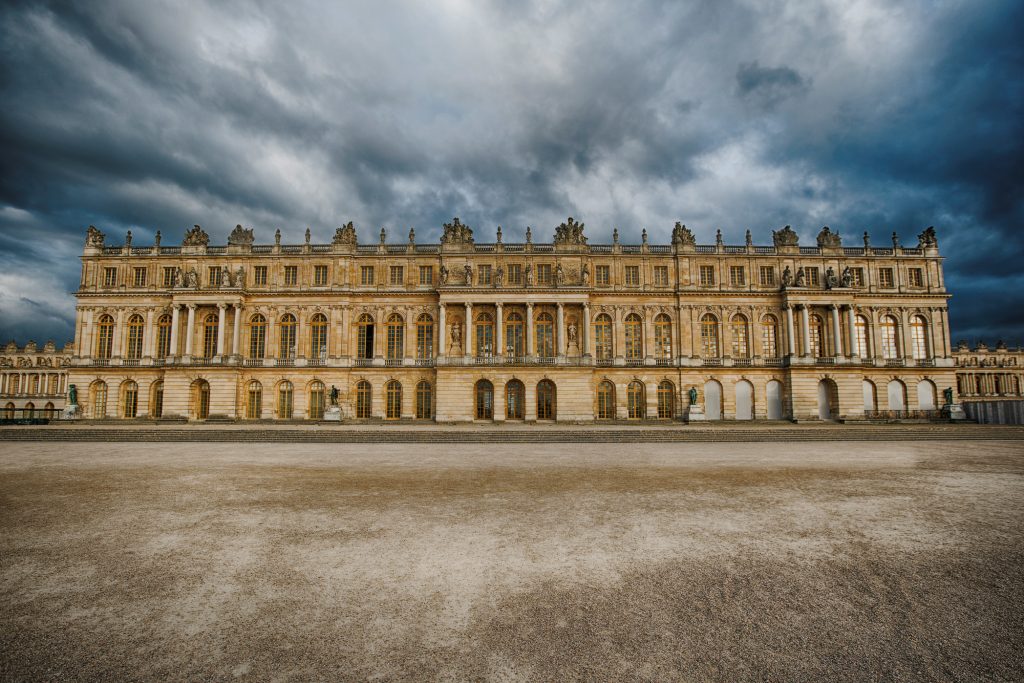 I ended up walking back toward the Chateau. By the time I got up to the part of the grounds that required a ticket, it was closing time and there was no one at the gate so I walked right through the gardens and the through the front gate. Because most of the day trippers from Paris had left and the weather was starting to get stormy I got some amazing photos of the Palace with no one in them! 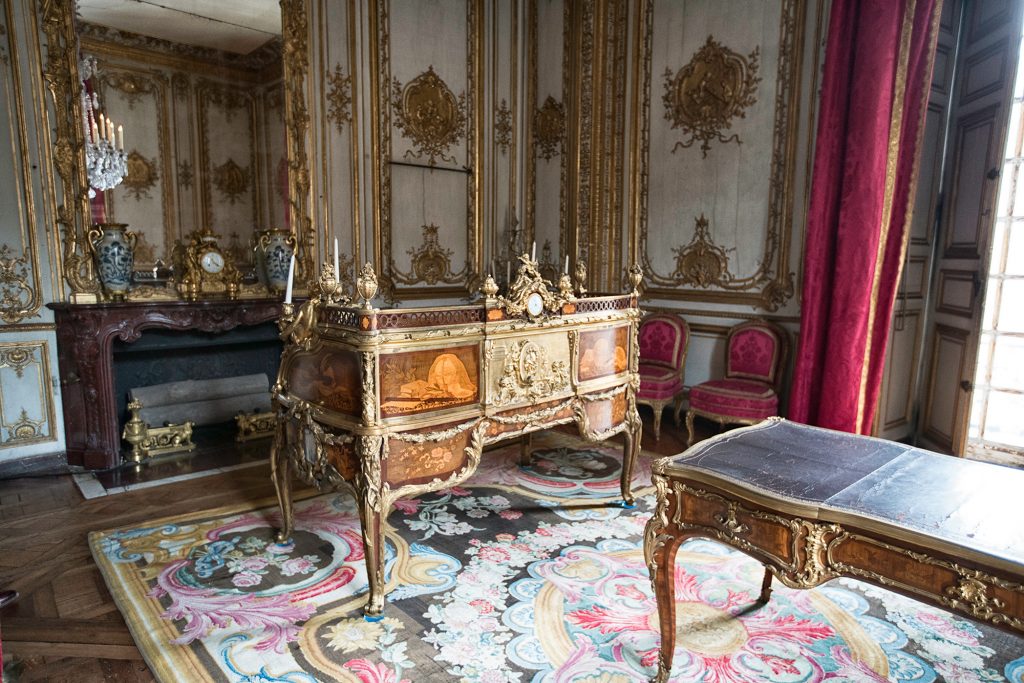 The Private Apartments of the Kings
The part of the palace that most people visit with their ticket are the King’s State Apartments – this includes the Hall of Mirrors. But there is a tour that you can take that will show you the King’s private apartments including some special gems like Louis XV’s roll-top secretary. Besides being able to see a part of the Palace that isn’t included in the regular ticket with a knowledgeable guide you are also able to skip the line to get into the rest of the palace, you still have to go through security but at the end of the tour you can continue through the State Apartments without having to get back into the long line. 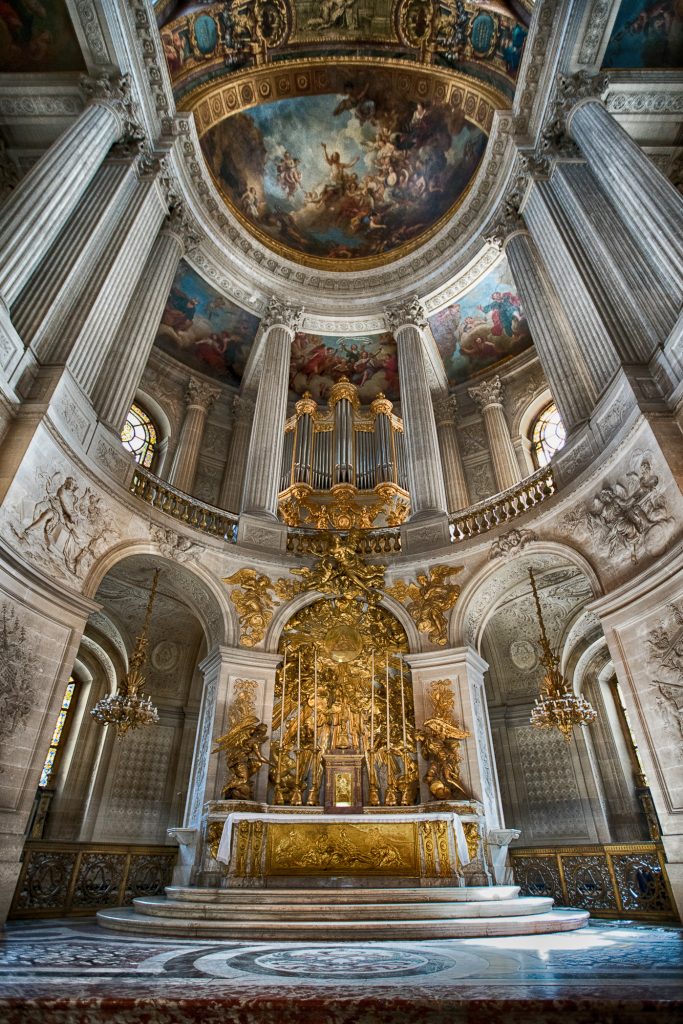 On the tour that I took, the wonderful tour guide we had opened up the barrier in the chapel and let us into an area that is normally closed to the public. I felt so special as the other visitors looked on with envy at our group. 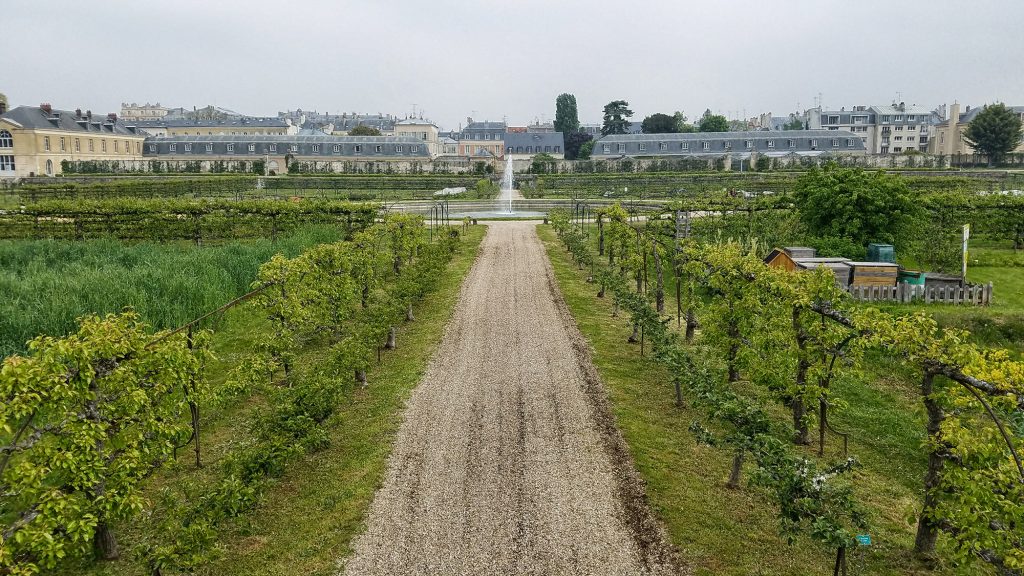 Le Potager du Roi
This garden is no longer a part of the Palace of Versailles and requires its own ticket. Only a few tourist seem to be aware that this garden exists so it is never crowded. This was the Kitchen Garden of the King and is in near the same condition as it would have been when Louis XIV lived here. It has hundreds of varieties of fruits and vegetables. If you have an interest in French cuisine or innovative gardening techniques then you should visit this garden. There is also a nice gift shop where you can buy produce from the garden. I took home a couple jars of honey flavored with apples and rosemary – all ingredients from the garden! 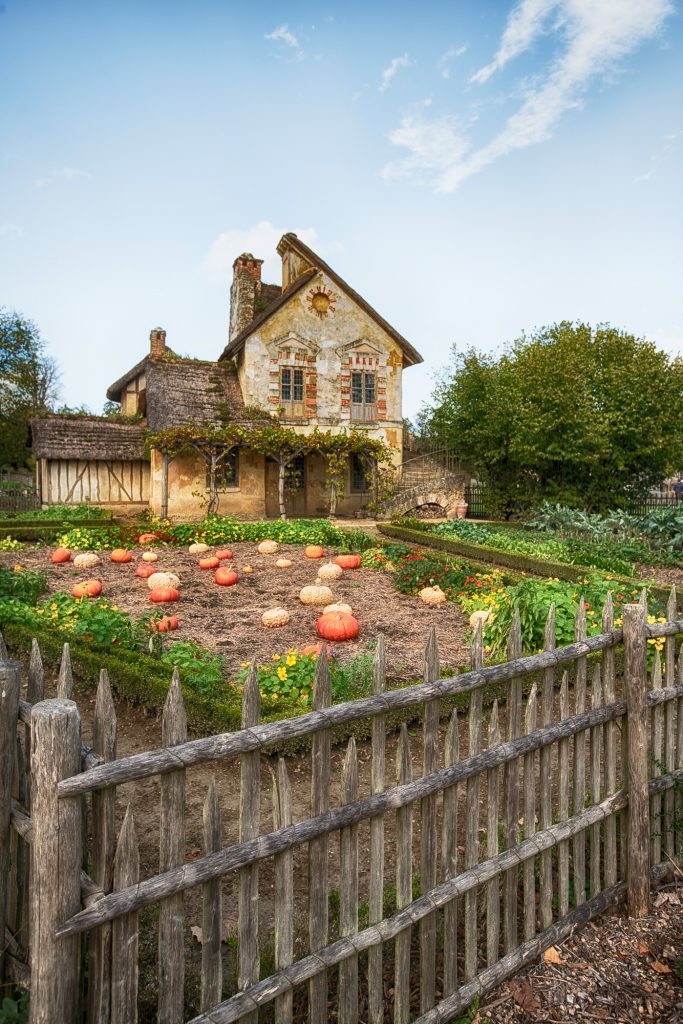 Queen’s Hamlet
A bit of a walk away from the Palace is the Queen’s Hamlet. This is a little village that Marie Antoinette had built so what when royal life got to be too much for her she could go pretend to be a peasant with her friends. It is so cute! This entire area looks like it is out a of a fairytale story book. Most tourists don’t even make it out here so it’s hardly crowded. 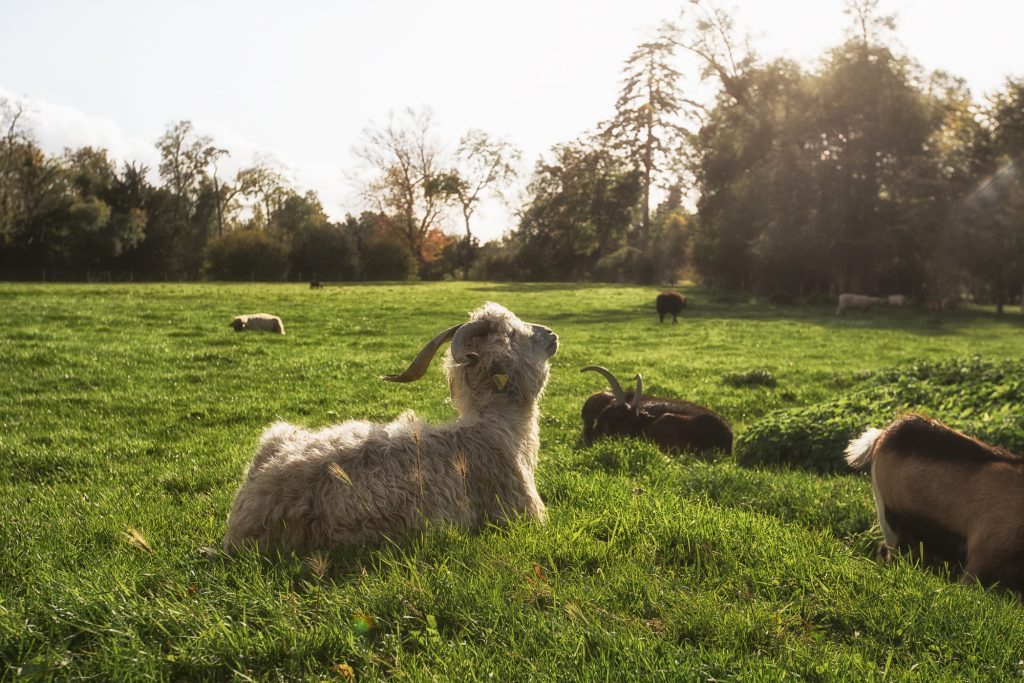 There are even some adorable farm animals. 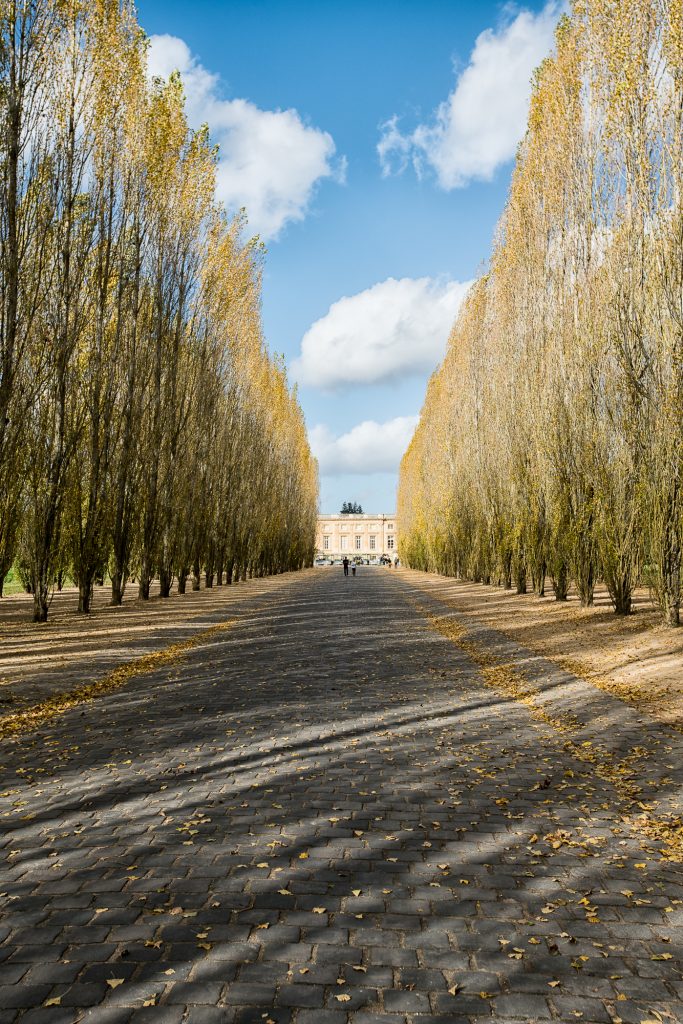 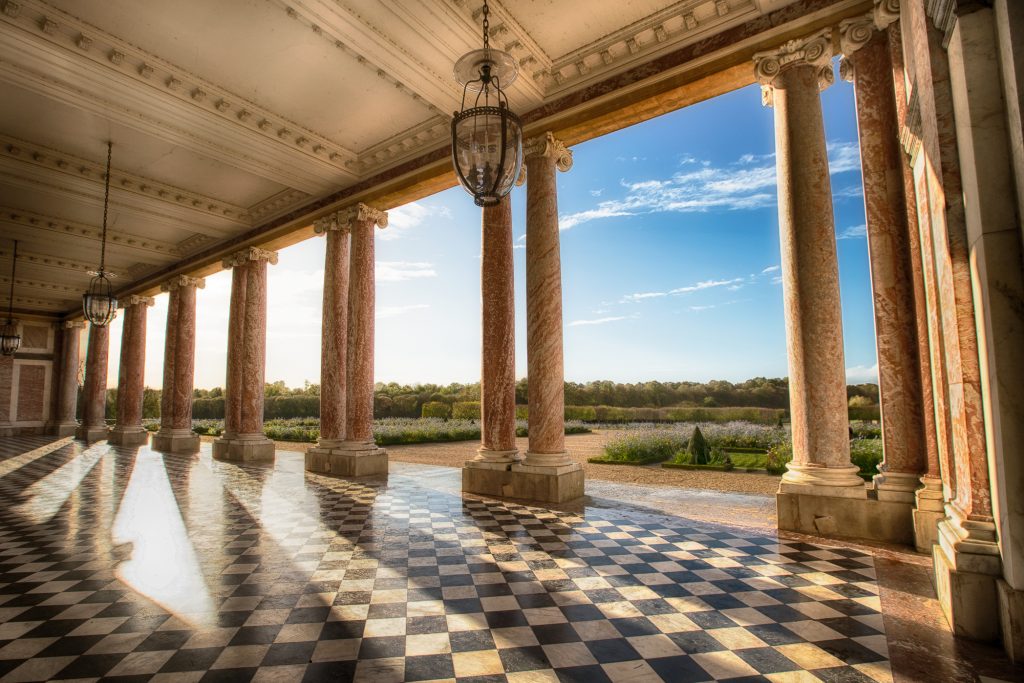 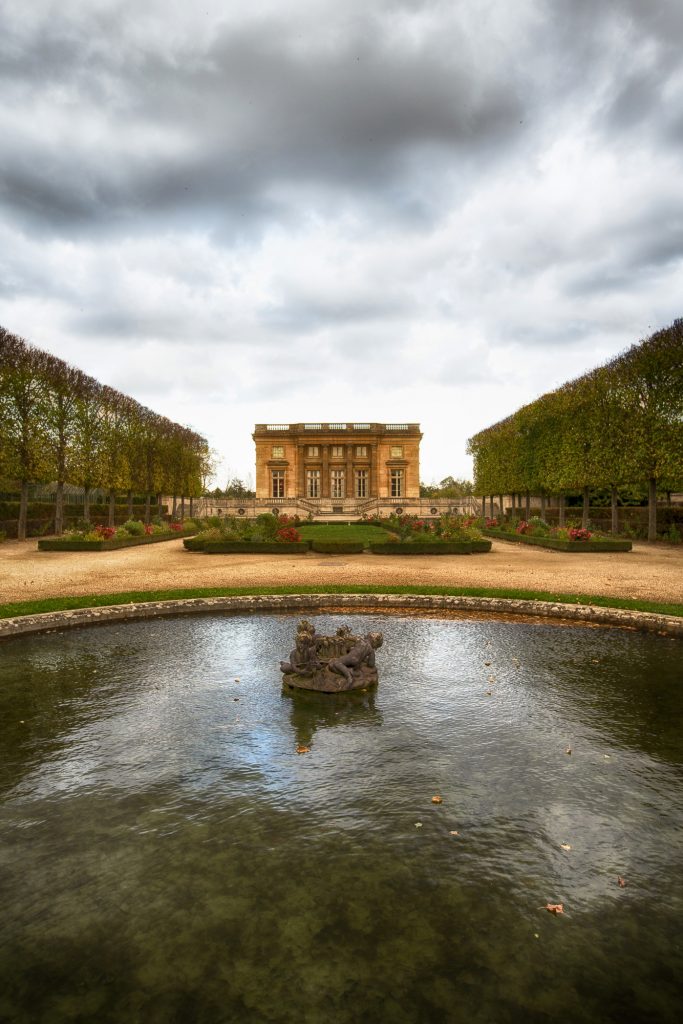 Le Grand Trianon and Petit Trianon
Adjacent to the Hamlet are two other palaces each with their own gardens. Like the Hamlet, there are fewer tourists in this area because it is away from the main Palace. These smaller palaces are just as beautiful and when I was there I had the rooms mostly to myself to view. 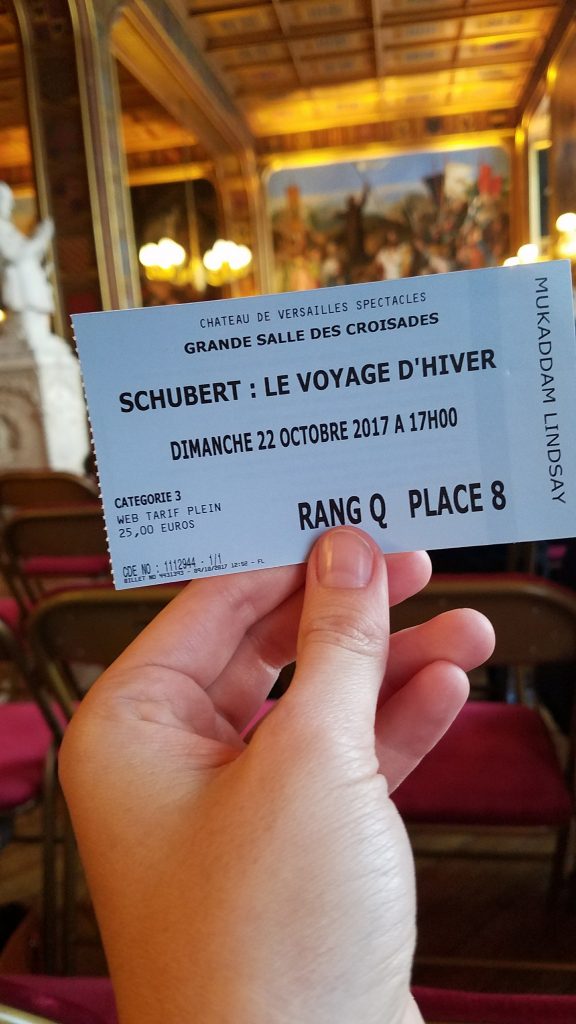 Royal Opera
There are a bunch of events that happen at Versailles including performances in the Royal Opera which is no accessible with a regular ticket. When I went to Versailles I did a bit of research to see what performances would be happening during my visit. I was in luck and there was a performance of Schubert’s Winterreise. I was hoping that the event would take place in the Royal Opera which I had seen on the Private Apartment Tour but it ended up being in a different part of the Palace. There are many different events during the year so check out the website to see what it happening when you go. One day I would love to attend The Grand Masked Ball! 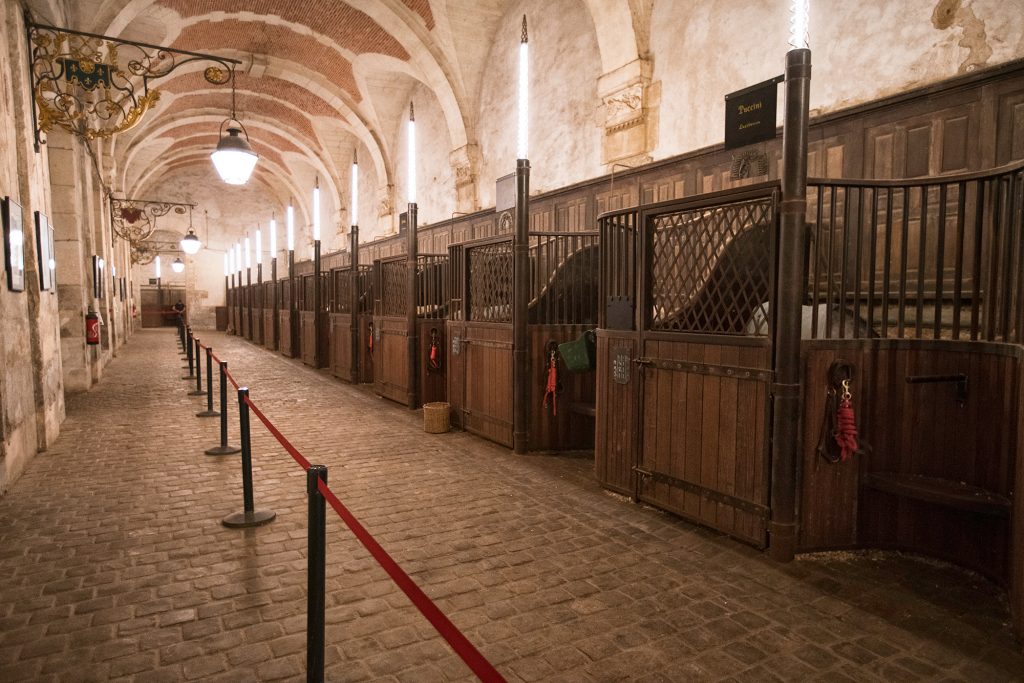 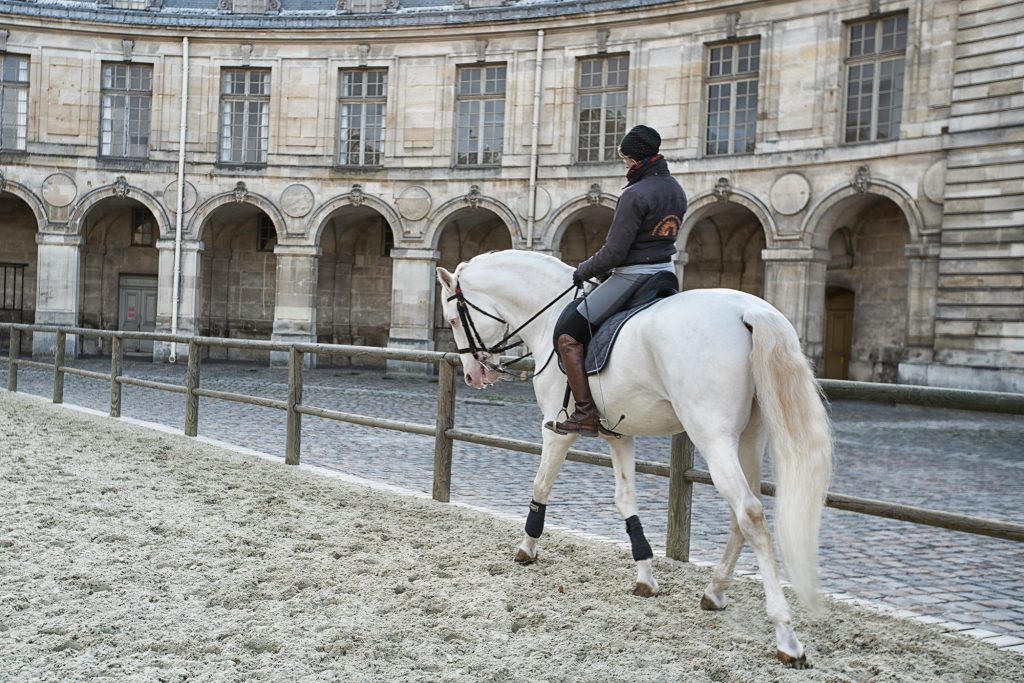 Horse Show
Versailles is home to one of the best equestrian academies and they put on shows on the weekend. I know very little about horses but this show is incredible and impressive. After the show you can tour the stables and let me tell you, these stables are nicer than my college dorm. 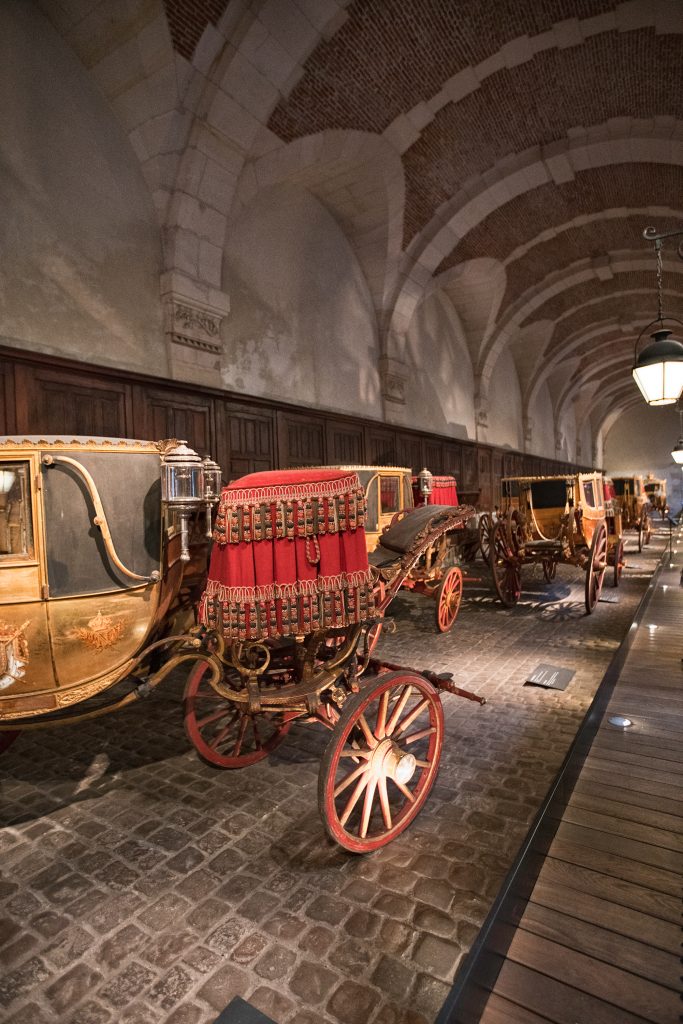 Coach Gallery
Near the stables is the Coach Gallery. Admission to this is free! In it you will find an impressive collection of historic coaches and other vehicles that were used at Versailles. 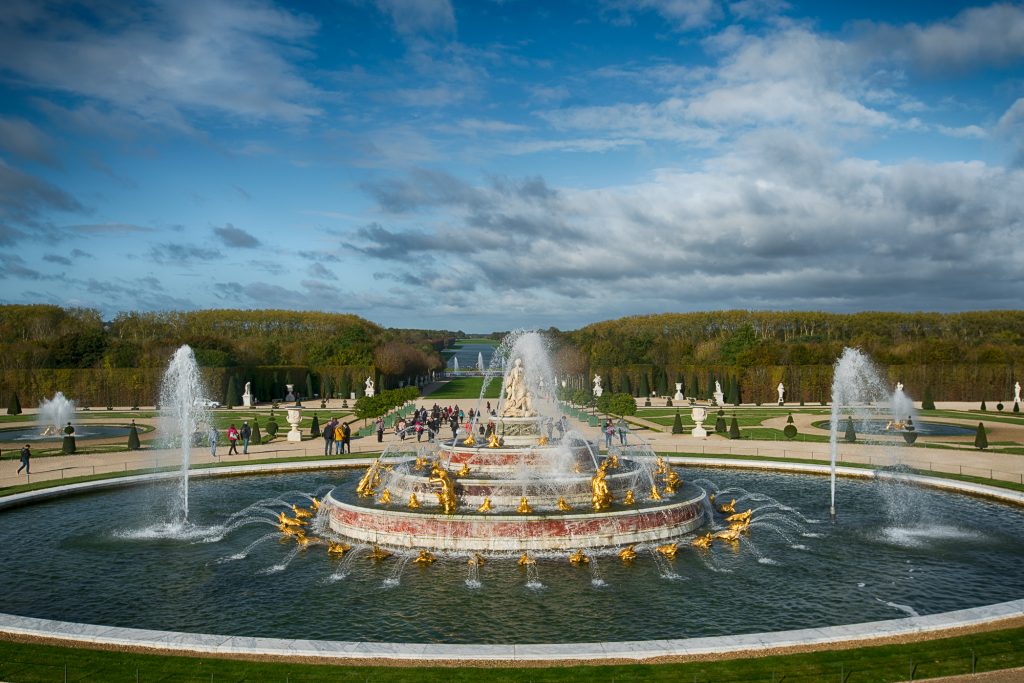 Fountain Show
On the weekends between March and October the impressive fountains in the gardens are turned on. This is the best time to tour the gardens because you get to see the fountains in full glory. Several of the fountains are also synchronized to music. I felt very fancy walking around the garden with a pastry and hot chocolate from the Angelina cart in hand. 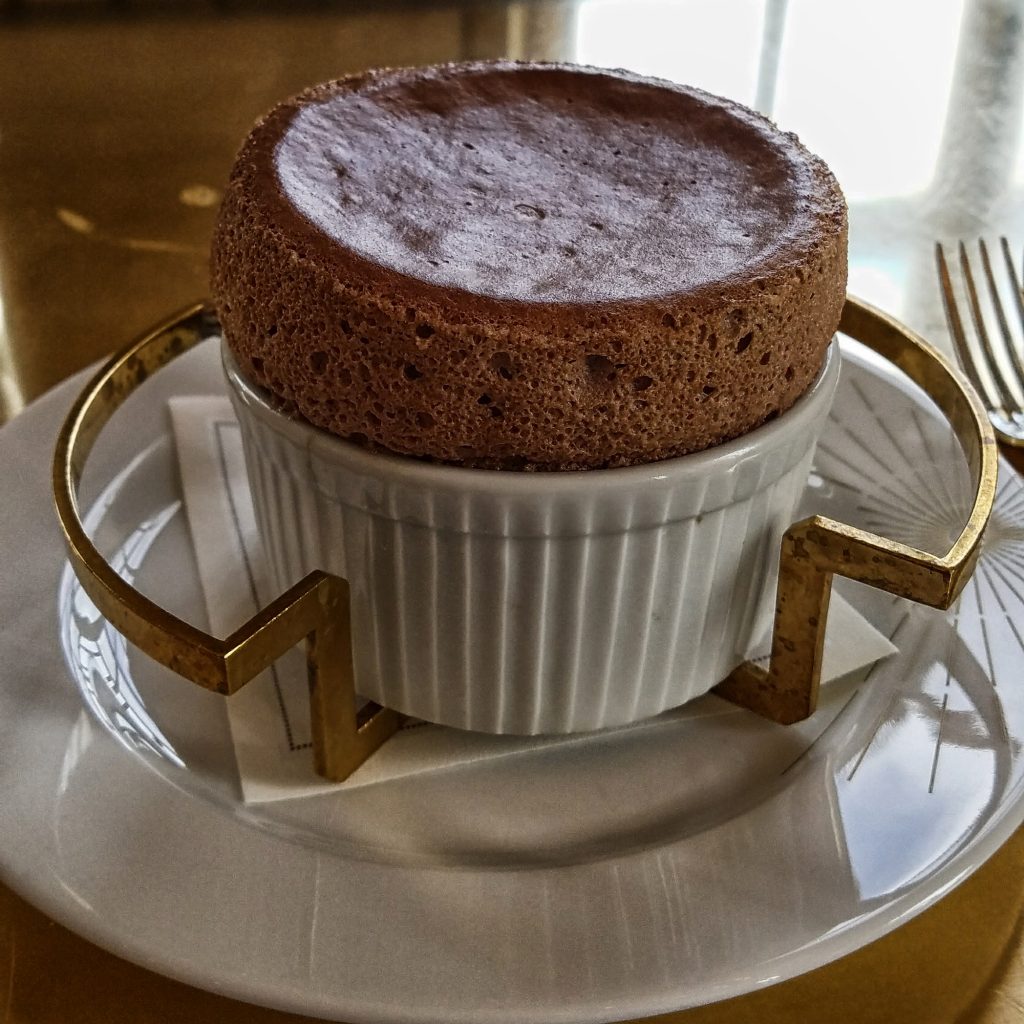 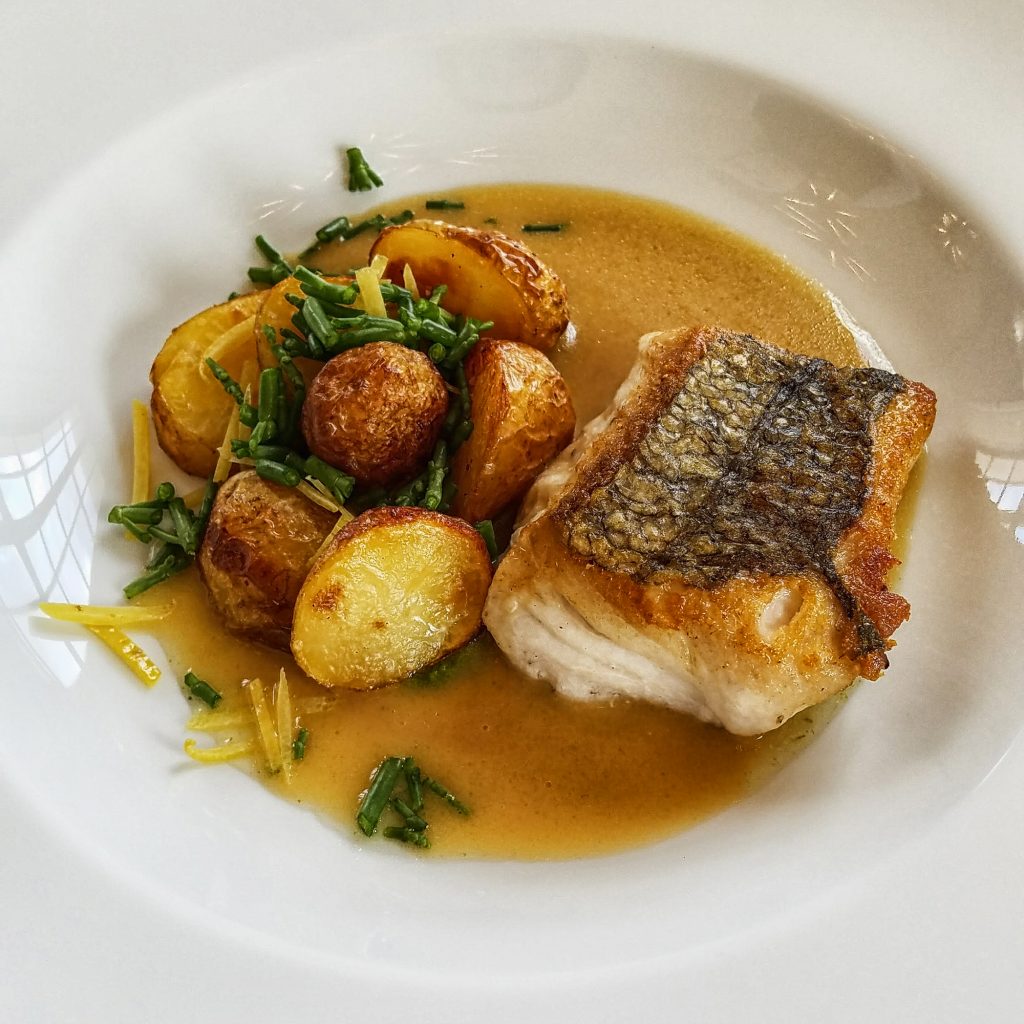 Dining
This brings me to the dining options in the Palace. My top pick is to pack a picnic and take it into the park. But if you are wanting to sit down and have a nice French meal then I recommend Ore which is located right near the main entrance of the Palace. The food was so good and I felt like royalty dining in the Chateau.

There is also an Angelina restaurant, which is well known for their luxurious hot chocolate, and a cart selling Angelina treats and beverages in the garden. 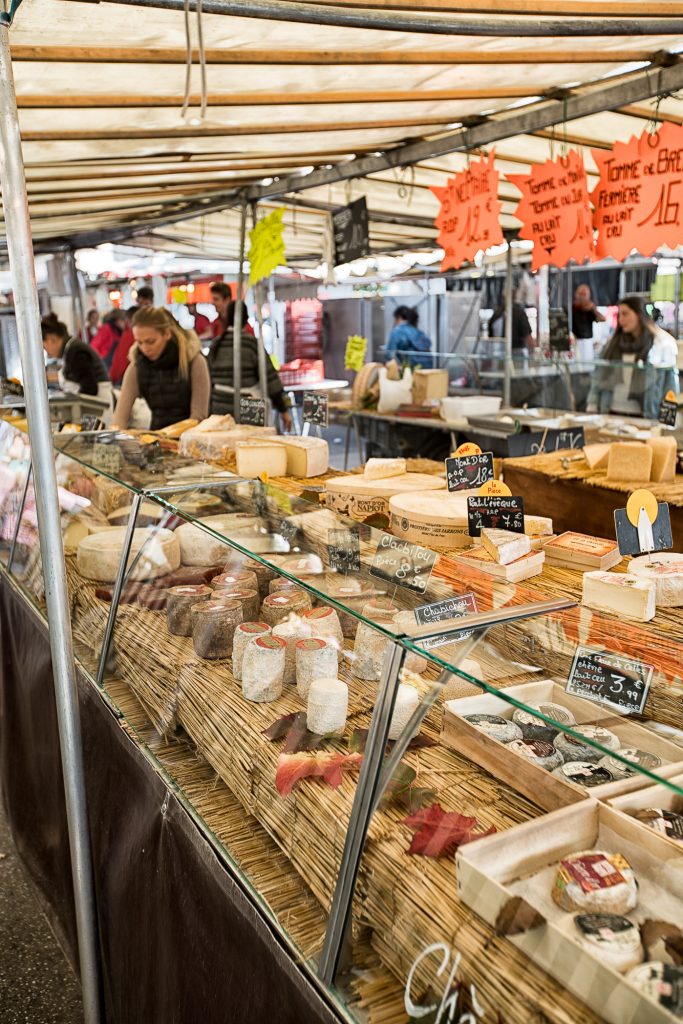 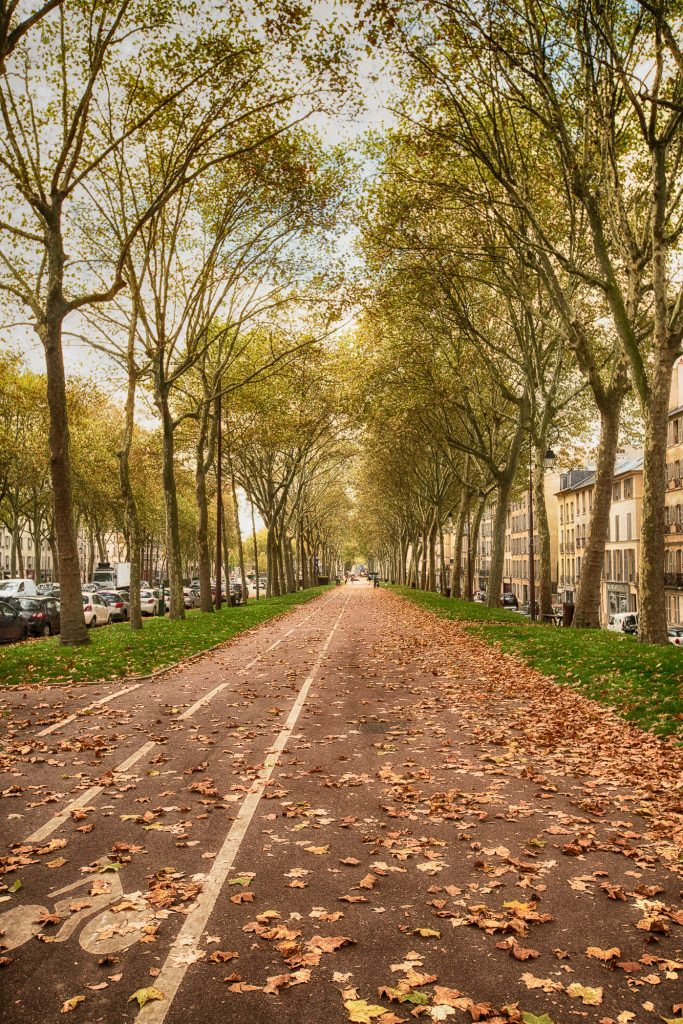 Village of Versailles
As you can see there is a lot to do, see and eat on the grounds of the Chateau but don’t overlook the village of Versailles which is filled with little shops and restaurants. The market is delightful and great place to pick up nibbles and look at beautiful produce.

Things do slow down and close in the evening, it is a quiet town at night. 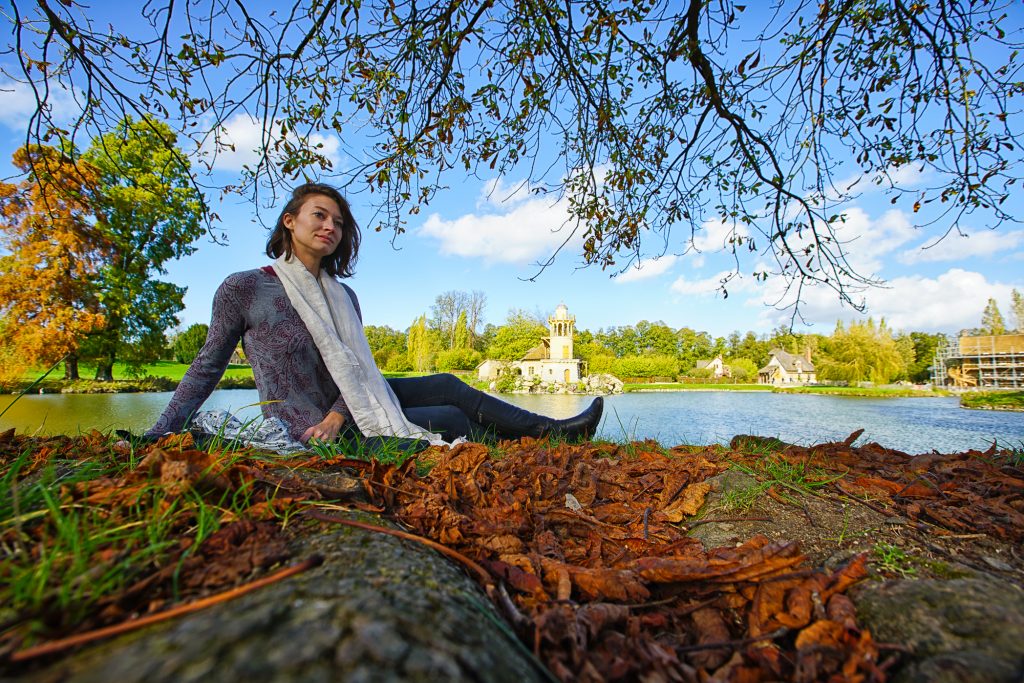 I love Versailles and a day is not nearly enough to experience everything it has to offer even after spending a few days here I wouldn’t mind another trip.